My AC Is Tripping Circuits 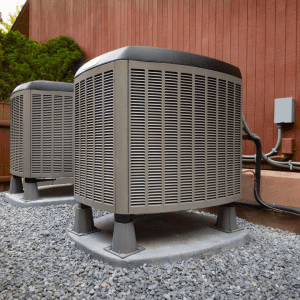 This summer has been a hot one. At Priority Heating and Cooling, we’ve received many phone calls about AC units being overworked and behaving abnormally. AC units can be fickle and act up in various ways, including funky odors and strange noises. While these strange occurrences are surprising and a sign something is wrong, they aren’t necessarily the end of the world. One thing that can’t wait, however, is when your AC unit trips a circuit.

The circuit to your AC unit could trip for of any of the following reasons:
● A power surge. This is the least of your concerns. If there was a power surge in the area, then you can turn off your AC, let it rest for a while, and then try and flip the circuit. If it misfires a second time, then do not attempt to reset the circuit.

● Dirty filter: A dirty filter won’t allow air to pass through as easily as a clean one and forces the motor to work twice as hard to push air through your system. Changing the filter regularly allows the unit to operate at its best efficiency.
● Dirty coils: If your system is not cooling as effectively as it used to, this could be from neglecting cleaning your coils. Missing your yearly maintenance allows the coils to collect dirt and other debris, which makes them struggle to release the heat that accumulates from cooling your home.
● A shorted or loose wire: If you have an electrical short in your unit, the route the electricity typically takes is being bypassed through a “shortcut” which is a fire hazard. The wires can only handle a certain amount of electricity, and a short passes more electricity through, potentially causing a fire hazard. This will trip your circuit, and is a big reason it is advised not to try flipping the circuit repeatedly.
● Refrigerant leak: These can develop due to age, and normal wear and tear on your coils and refrigerant lines. You can avoid leaks by maintaining regular maintenance, but these do happen and will trip the breaker.
● Compressor failure: Strain on your system can eventually lead to compressor failure, which requires you to replace your entire system. This is why it’s important to resist the urge to flip the breaker switch for the AC when it continually trips.

An AC unit will trip a circuit when it is pulling in more amps than the breaker can put out. The circuit breaker is designed to trip and shut down whenever a hazard is presented. In the case of your AC unit continually tripping the circuit, it is a fire hazard and you should under no circumstances continue flipping the circuit back on. This goes against what we typically attempt with our other circuits. If we’ve used too many appliances and overloaded a breaker, you flip it to turn it back on, but fight that urge. When your AC does this, it’s because the breaker is attempting to protect your home from overcurrent’s.

Your breaker can trip for various reasons and not all of them are dangerous. AC units can present a lot of safety concerns if handled improperly, so it’s important to know what you are doing when you attempt to troubleshoot or fix anything yourself. Be sure to contact us for any concerns you may have or before you do anything.

Our customer-first philosophy and our unmatched knowledge of heating, air conditioning, and HVAC systems make Priority Heating & Cooling the right choice to serve you.